Oey will be represented at the Art Rotterdam Fair (9-12 February 2023) by Stevenson Gallery (Amsterdam). His work will be shown together with Moshekwa Langa.
A special performance of Oey will be executed outside, on the van Nelle terrain, Sunday 12 February.
Read the press release. 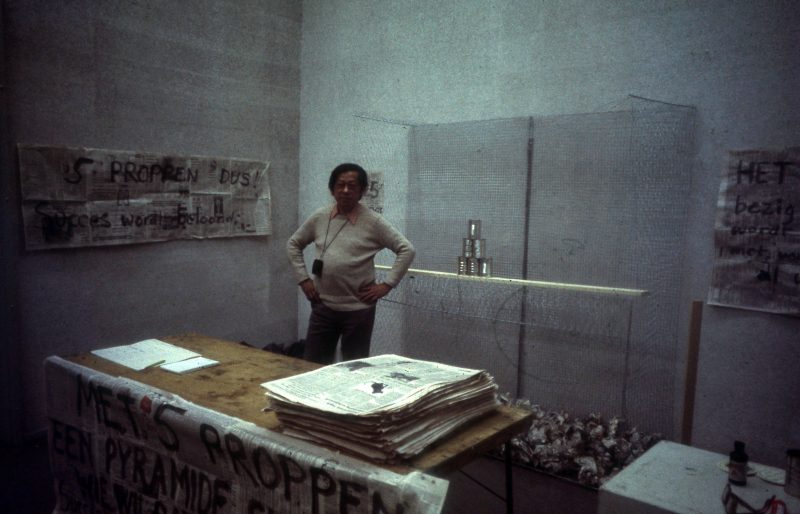 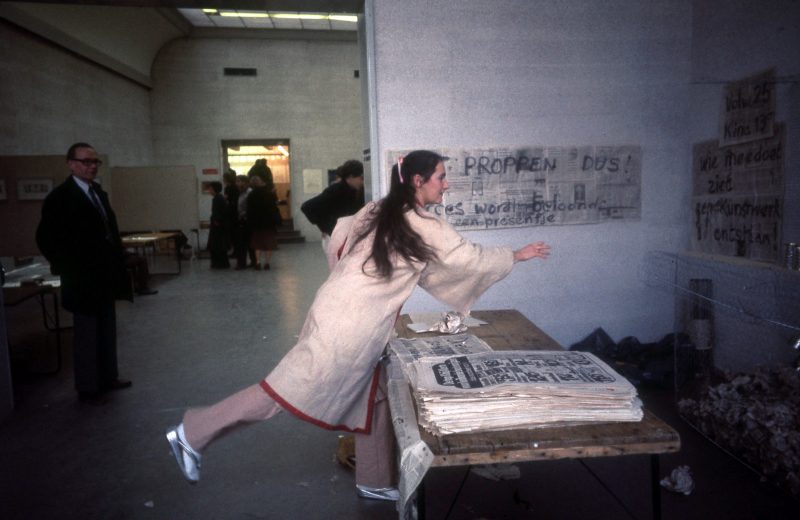 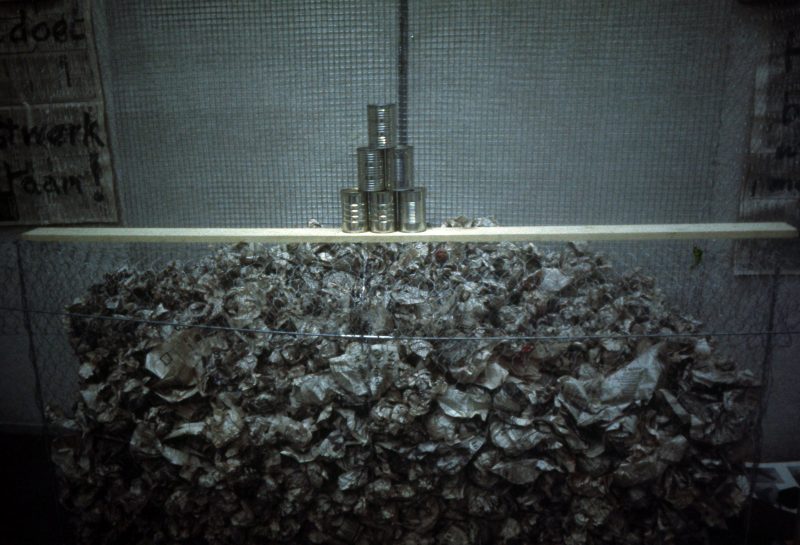 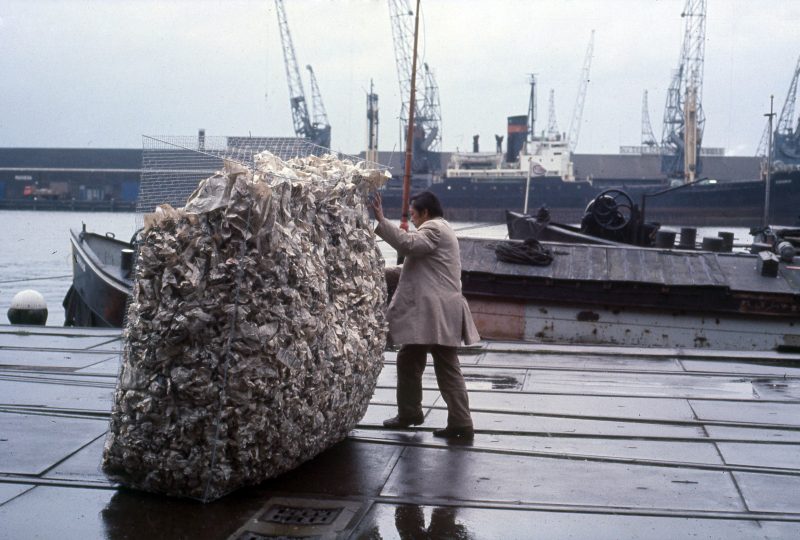 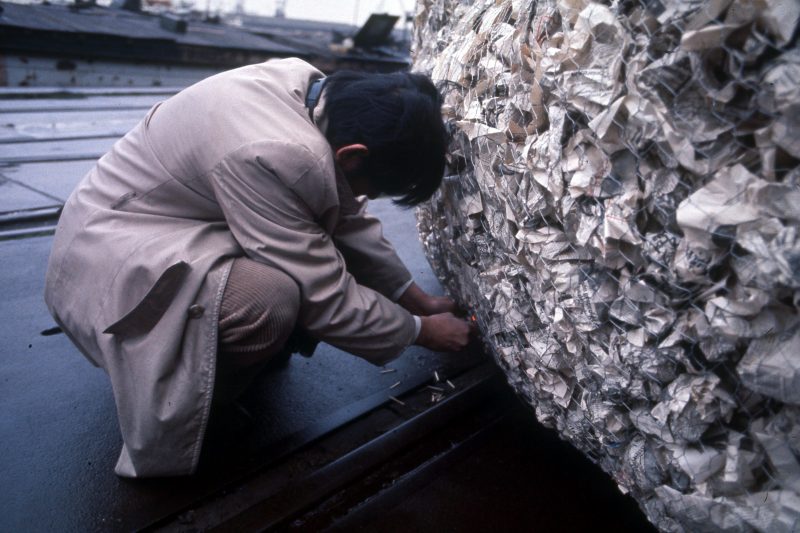 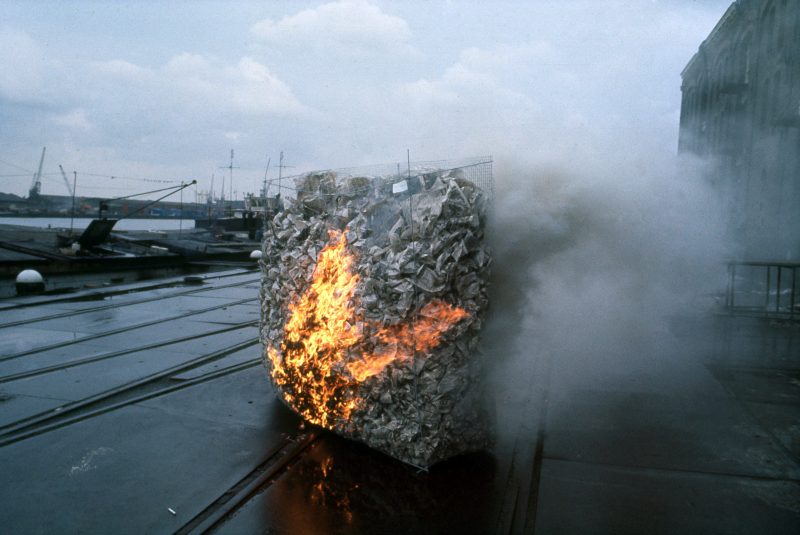 We know that art is usually shown in an art gallery. Or in a museum. Or in a public space. But not in a pharmacy. And that’s exactly what Oey Tjeng Sit did. During the 1970’s he earned money with running a pharmacy in Amsterdam, The Netherlands, while showing art he or others had made. It made him independent from the art world that demands abidance by rules set by museum directors or gallery owners. In this respect he was a free man.

Oey’s father was born in the Fujian region. He moved to Indonesia and became a succesful businessman, selling everything from soap to coffins. Here, Oey Tjeng Sit grew up in the beginning of the twentieth century in a Chinese family where his mother had a deep interest for magic, ‘The hidden force’, as it is called in Indonesia. But Oey didn’t like it; he was drawn to the rational culture of the west with its tradition of the enlightenment. He dreamt of Paris, where Picasso and the Dada movement thrived. Surrealism fascinated him in particular, and he wanted to become an artist, producing paintings and drawings in a surrealist style. When his father died in the 1930’s he decided to move to Europe and since Indonesia had a colonial tie to Holland, that was the country where he started. He did not end up in Paris; the second world war broke out and he had to halt his pharmacy study. For a while, he went into hiding because he was afraid to be arrested by the Nazis as his looks weren’t particularly Aryan. But an accidental encounter with a group of German soldiers in the street brought a surprise: the soldiers greeted him warmly because they thought he was Japanese.

While Oey generally incorporated western values his state of mind remained predominantly eastern. His work turned from its initial surrealist nature to a more abstract calligraphical style. He felt strongly attracted to Chinese culture although he had never been to China. The shelves in his library were filled with numerous books about the culture and the history of the country. It was his longtime wish to visit his fatherland some day. But he never did. He was killed in a traffic accident on the streets of Amsterdam while he was riding his bicycle. Now his work has made that journey.
It will be presented in CEAC in Xiamen, Fujian, opening September 30, 2017.